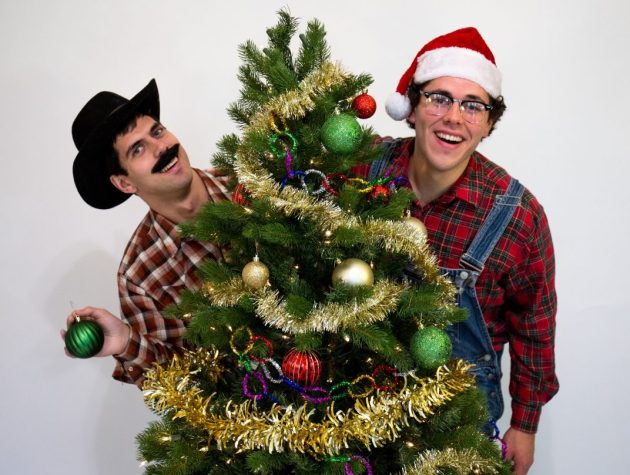 It’s the holiday season in Tuna, Texas, the third-smallest town in the Lone Star State, and two actors bring over twenty memorable characters to life in this hilarious holiday satire.

A remount of our successful and well-loved 2015 production!

Read the 4.5-star review on Theater Bloom that called PRT’s 2015 production of A TUNA CHRISTMAS “a real winner!”

At the Door Tickets – $20
Purchase tickets early and save with special online-only discounts!
Pre-Sale Price – $16

All seating is General Admission

In A Tuna Christmas, we get a snapshot of the Yuletide activities of the many eccentric denizens of Tuna, from a highly contentious Christmas Yard Display Contest threatened by the vandalism of the mysterious “Christmas Phantom”; to a production of A Christmas Carol seemingly doomed by an overdue electric bill. We meet Bertha Bumiller, doing her best to hold her family together during the holidays; Didi Snavely, the owner of Didi’s Used Weapons; Vera Carp, leader of the Smut Snatchers of the New Order; and Inita Goodwin and Helen Bedd, best friends and waitresses at the Tastee Kreme; among many others!

This play is full of merriment and Texas-sized cheer; both a loving homage and a biting satire of small-town Texas.

A TUNA CHRISTMAS is approximately 2 hours and 15 minutes long, including intermission.

A Tuna Christmas contains some language and suggestive material. It may not be appropriate for young children. Please see our content guide for more information. 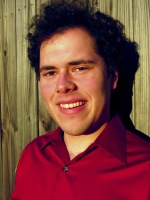 Read a 2015 interview with the cast on DC Metro Theater Arts!

All seats are general admission.

The Callan is located in the Hartke Theater complex on the campus of Catholic University.

CUA’s campus is easily accessible at the Brookland/CUA Metro Stop on the Red Line. Plan your Metro trip here.

The Hartke Theatre complex is easily accessible by car. Find directions on Google Maps by clicking below:

There is plenty of street parking on Harewood Road which is free and unlimited on weekends and after 6:30PM on weekdays.

Sign up for our email list to receive exclusive ticket deals and be the first to hear about future productions, as well as get fun extras like behind-the-scenes videos and interviews with the cast. You can unsubscribe at any time — but why would you want to?

Enjoy this Spotify playlist of Christmas tunes (country, folk, and more) that you might hear in Tuna, Texas during the holidays! You will need a free Spotify account to listen to this playlist.