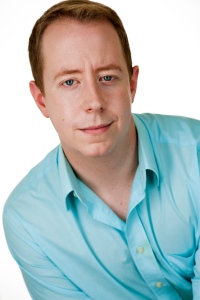 Phil Dickerson (Dr. Zubritsky) is making his Parlor Room Theater debut in Fools. Having met Frank and Thomas DiSalvo while studying for his MFA in acting at The Catholic University of America, he’s very excited to join them once again in this production. DC regional credits include: Wallenstein and Coriolanus (Ensemble) at Shakespeare Theatre Company, Bengal Tiger at the Baghdad Zoo (Soldier) at Roundhouse Theatre, Pygmalion (Freddie) and The Apple Cart (Nicobar) at Washington Stage Guild, The Agony and Ecstasy of Steve Jobs (Scully/Wozniak) and Insurgent Sonata (Giovan) at JuneSong productions. Phil has also performed at The Kennedy Center, Source Theatre and Capital Fringe. TV/Series: House of Cards

Back to the Artistic Team