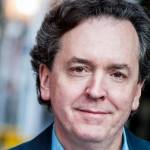 There are few authors, except perhaps Shakespeare, that have had their work so turned, adapted, and twisted as Charles Dickens.  And, like classic filmmaker Frank Capra (Meet John Doe, It’s a Wonderful Life), few auteur and authors have so adeptly conveyed all aspects of the human condition as Dickens.  As with Shakespeare and Capra we turn to Dickens again and again, reminding ourselves of our common humanity and shared journeys as “fellow passengers to the grave”, as Scrooge’s nephew Fred puts it.  In A Christmas Carol, Dickens not only gives us another redemption story but he adeptly conveys the message that there is good in each one of us.  This good may be buried deep, but nonetheless it is there, awaiting a grand awakening, a jolting of one’s senses to bring it to full fruition.  To ignore this awakening is sure and utter spiritual death.

This play began as a straight adaptation of A Christmas Carol.  After viewing and performing in numerous versions, some truer to Dickens’ original than others, I decided to try my hand at creating yet one more stage version of the classic story. Beginning with the original work, I soon discovered that a good bit of Dickens’ story either gets re-worked or left out entirely.  One of the most perplexing omissions is the character of Christmas Past, who in Dickens is not a wizened old woman, as the Spirit appears in many versions, but “a strange figure-like a child: yet not so like a child as like an old man”.  There are other characters that for dramatic exigencies have never been brought to life.  Two of these I have named Harry and Caroline, a married couple in debt to Scrooge.  In the original text they provide a nice counterpoint to Fred and his wife (in this version named Susanna) but, as far as I have found, they have never been included in any stage version.  Dickens created many nameless characters in A Christmas Carol and while anonymity may work successfully in prose, on stage most characters demand a name and I have obliged.

When approached by The Parlor Room Theater with an offer to produce the play, one requirement dictated by circumstance was the necessity to pare down the staging and size of the cast.  Rather than do a straight staged reading of the play, I contemplated how to enfold it within new material, to bookend it if you will, so that the full drama of Dickens work would become a part of something new, and hopefully, complementary.  A staged reading is much like a radio play and that thought led me to remember that Lionel Barrymore had performed a radio version of A Christmas Carol in 1934.  This was Barrymore’s radio debut (he played Scrooge) and reportedly the first American radio version of the classic tale.  I wondered, “Suppose Barrymore had not shown up?” and that thought was the genesis of A Christmas Carol, 1933.

The choice of 1933 as the year of our “little caravan of court jesters” production was deliberate.  As the effects of the industrial revolution in Dickens’ Victorian England touched everyone whether young or old, rich or poor, so the Great Depression in the United States also affected all classes and conditions.  In A Christmas Carol, 1933 we have seven characters on a shared journey of survival and discovery.  Like Dickens’ characters they meet their daily challenges in different ways and walk alongside “their fellow beings” with empathy – or not. Yet despite its hardships 1933 was also a year of hope, a year awakening with redemption.  President Franklin D. Roosevelt was inaugurated at the beginning of the year.  His vitality, optimism, and determination to move the country out of the Depression and toward a society that cared for those in need, as well as one that acknowledged the dignity of all human beings, mirrored many of the goals of the reformers of Dickens’ time, especially in regard to dispelling want and ignorance.

That message, encased in all of Dickens’ works, but especially in A Christmas Carol, is perhaps his most strident cry from his resting place in Westminster Abbey, expressed so eloquently by Christmas Present, “This boy is Ignorance.  This girl is Want.  Beware them both and all of their degree but most of all beware this boy, for on his brow I see that written which is Doom, unless the writing be erased by the hand that has written it there.”

Read more about the production here.